The core competency »High Frequency Systems« embraces several facets and subdisciplines which all essentially focus on the implementation of hardware for high frequency systems. This competency covers a broad spectrum of themes. When integrating passive microwave components, for example, it blends fluently with the core competency »Electromagnetic Fields«. On the other hand, it also has a direct relation to the core competency »Signal Processing« when engaging in the hardware-oriented implementation of algorithms in an embedded system. Furthermore, this core competency addresses all abstraction levels of high frequency circuit design, from single transistors to the implementation of complex systems, e.g. the multi-functional SAR/MIT system PAMIR. This, on the one hand, reflects the great scientific challenge of designing, constructing and operating high frequency systems with ultra wideband multi-channel phased array antennas in connection with GPS/DGPS/INS avionics and, on the other hand, the worldwide recognition this work has achieved, which is substantiated by the invitations received to give talks and lectures (e.g. at the European Radar Conference) and prizes that have been won (e.g. Raytheon Radar Prize).

In a technical sense, the core competency is a very broad field, as high frequency systems which (particularly in very high frequencies) were realized with waveguide components, are now also being realized to a growing extent in planar technologies and can now be integrated at chip level. Due to its strong technological orientation, this core competency is characterized by a high level of innovation. FHR is committed to using and shaping this technological progress. One example of this is the expansion of the core competency to include the design and implementation of our own chips.

Due to the enormous technological progress in the last years, radar systems have, on the one hand, become less and less expensive with the result that they can be used for a broader range of applications. On the other hand, the systems are becoming increasingly complex thus facilitating the realization of cost-effective multi-static systems. The resulting »market pull« represents an enormous opportunity for FHR, as new markets for radar techniques are opening in a large number of niches. This also involves a great deal of risk as it would be disastrous if we were to lose sight of the competition in technological terms.

This core competency, which accounts for 50 to 100 employees at FHR, has a strong and diverse footing throughout the institute. With numerous demonstrators, the institute has successfully demonstrated its technical leadership time and time again. In its days as a department-oriented institute, FHR focused on the development of highly efficient systems which, in part, is not conducive to cost-effective implementation. Since commencement of the start-up funding, the institute has, however, worked continuously of the further development of cost-effective planar technologies and recently rounded its technical spectrum through its involvement in chip design. 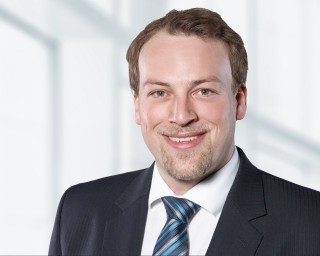