Propagation of electromagnetic waves in the atmosphere

Radar uses the characteristics of electromagnetic waves to gather information from the environment. Here, the atmosphere serves as a propagation medium.

Theories about electromagnetic waves, which were established by James Clerk Maxwell back in the 19th century, were later verified in experiments carried out by Heinrich Hertz. The patent taken out by Christian Hülsmeyer in 1904 outlines an application for these findings. Radar technology is now indispensable in many areas.

Research into the propagation of electromagnetic waves examines the role of the propagation medium that lies between the transmitter, the detection target and the receiver. The propagation medium has an important influence of the performance of numerous radar types. A large number of complex effects take place in the atmosphere. These include damping caused by precipitation particles (rain) or atmospheric gases as well as reflections on the Earth's surface or on other objects, including multipath propagation. In addition, radar waves, similar to light, suffer refraction which is essentially caused by the decrease in atmospheric density over height. Finally, the effects of the diffraction on objects and the phase lags caused by the atmosphere should not go unmentioned. The following two areas are representative of a large number of applications where propagation plays an important role: the propagation paths on satellite-Earth paths for imaging radar systems and propagation over sea and small angles of incidence for the detection of smaller targets with a clutter background.

The key lies in the composition

A large number of measured variables that are suitable for characterizing the medium, e.g. air pressure, air temperature, humidity, precipitation intensity, total electron counts etc. are needed to adequately describe the propagation conditions. In particular, the profile of the refractive index over height plays a decisive role. This influences whether standard propagation conditions prevail or whether over-reaches or under-reaches will be obtained for detection. The recording of real-time information on the environmental conditions is difficult for time-sensitive applications, but the researchers at Fraunhofer FHR are working hard on this and are also developing techniques that will meet the operational requirements.

A large number of research issues have been thoroughly investigated over the last decades within the framework of NATO groups, technical agreements and numerous experiments. In addition, the institute has appropriate software tools which find application in the modeling of different propagation scenarios. Ultimately, the ability to verify the models on the basis of suitable measurements allows the scientists to draw robust conclusions on detection characteristics.

The institute's extensive knowledge in the area of propagation physics and an understanding of all effects relating to the system parameters paves the way for the development of radar systems that guarantee optimum performance for the application at hand. Moreover, the researchers at Fraunhofer FHR have comprehensive and well-founded know-how in the elimination or significant reduction of disturbing atmospheric influences using suitable signal processing measures and correction algorithms. The expertise of the institute is also particularly relevant for future challenges where the system parameters incorporate value ranges which have not yet been used due to changing requirements.

No negatives without positives

The propagation of electromagnetic waves in radar frequency range has important advantages for security applications that are carried out in poor visibility: radar beams can penetrate fog and clouds and therefore make an important contribution to security in aviation, shipping and many other areas. 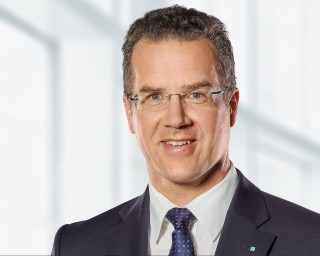