Fraunhofer FHR is one of the leading and largest European research institutes in the area of highfrequency and radar techniques. It develops customized electromagnetic sensor concepts, processes, and systems for its partners, from the microwave range through to the lower terahertz range.

The core topic of the research at Fraunhofer FHR consists of sensors for high-precision distance and position determination as well as imaging systems with a resolution of up to 3.75 mm. The applications range from systems for reconnaissance, surveillance, and protection to real-time capable sensors for traffic and navigation as well as quality assurance and non-destructive testing. Fraunhofer FHR's systems are characterized by reliability and robustness: Radar and millimeter wave sensors are suitable for demanding tasks, even under rough environmental conditions. They work at high temperatures, with vibrations, or under zero visibility conditions caused by smoke, vapor or fog. Thus, radar and the related high frequency systems, are also key technologies for defense and security. In this area, the Institute has been supporting BMVg (the German Federal Ministry of Defense) since the Institute was founded in 1957.

On one hand, the processes and systems developed at Fraunhofer FHR are used for research of new technology and design. On the other hand, together with companies, authorities, and other public entities, the Institute develops prototypes to unsolved challenges. The special focus here is on the maturity of the systems and their suitability for serial production to ensure a quick transformation into a finished product in cooperation with a partner. Thanks to its interdisciplinary positioning, the Institute possesses the technical know-how to cover the entire value creation chain, from consulting and studies up to the development and production of pilot series. The used technology ranges from the traditional waveguide base to highly integrated silicon-germanium chips with a frequency of up to 300 GHz.

The ability to carry out non-contact measurements and the penetration of materials open up a range of possibilities for the localization of objects and people. Thanks to the advances in miniaturization and digitalization, the high frequency sensors of Fraunhofer FHR with their special capacities are an affordable and attractive option for an increasing number of application areas.

The Institute's budget comes from several sources of financing: The basic financing from BMVg, the project financing through funds from the defense budget and the income from the contract research area (Vfa), which in turn can be subdivided into economic revenues, public revenues, EU revenues and the basic financing by the federal government and the federal states. In 2020, in its defense and civil segments, Fraunhofer FHR generated total income of €38.0 million.

Fraunhofer FHR had a total headcount of 390 at the end of 2020. Of these, 207 are permanent employees and 129 are temporary. The 54 remaining employees are students and apprentices. 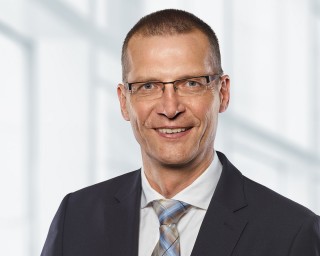