If the smallest satellites in orbit are to be monitored or if radar is to be used to look as far as possible into space, the radar systems must have a good level of sensitivity. But weak signals are quickly masked by the inherent noise of the receivers. Cryogenic technology can help: If the receivers are cooled to four degrees Kelvin, sensitivity can be expected to double. Such a cryo-receiver is currently being developed at Fraunhofer FHR.

Thousands of cube sats are already buzzing around in low-Earth orbit — small satellites, sometimes no bigger than an orange.  And the number is constantly increasing. To be able to see them with radar equipment or to look into more distant areas of space, the sensitivity of radar equipment must be continuously optimized. Fraunhofer FHR relies on cooling for this purpose: Helium is used to cool the radar receiver down to four degrees Kelvin or minus 269 degrees Celsius, four degrees above absolute zero.  At these temperatures, the atomic lattices hardly vibrate at all, so the inherent noise of the receivers is also reduced. This could enable the sensitivity of radar systems to be doubled, based on theoretical calculations.

The helium coolant is conducted around a circuit. It is initially compressed using a compressor – similar to the coolant in a refrigerator – then fed to a cold head, which is placed in a vacuum container. The helium is expanded again, in this container, releasing its cold energy. Since the system is closed, the helium can hardly volatilize. There are some challenges to be overcome when building such a cryo-receiver. For one thing, a temperature difference of almost 300 degrees exists between the vacuum and the outside space – this thermal radiation has to be intercepted. Furthermore, electrical cables must be fed in from the outside, and they cannot be allowed to conduct any significant heat into the vacuum either. The third challenge lies in the vacuum container itself: Not only does it have to withstand the pressure difference between the atmosphere and the vacuum, but it must also provide thermal insulation and be permeable to certain high-frequency ranges. A compromise can be achieved via a high-frequency window.  The question of which material is best suited to such a window involves many different areas of expertise, from high-frequency technology through mechanics and refrigeration technology. Since cryogenic technology has not yet been widely used in radar technology, Fraunhofer FHR is working closely with radio astronomers at the Max Planck Institute in Bonn and the CSIRO in Australia.

A first demonstrator has already been developed, and tests on temperature and pressure stability carried out. Further steps now include high-frequency measurements and determination of the system's noise figure. 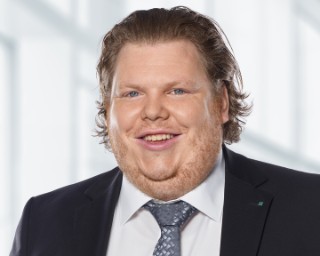