On September 11, 2001, the attack on the World Trade Center spread fear and terror throughout the world: After all, it was the first terrorist attack of this scale on a civilian target. Further attacks followed in Madrid in 2004 and in London in 2005. Research responded: While previously there had not been any security research for the civilian sector, in the aftermath of the attack on the twin towers, numerous national and international research programs were created to address the protection of the civilian population in times of peace. One example for such a program is the German federal government's security research program "Research for Civil Security", which is currently heading into its third round. In general, security research is based on three major pillars. First: The protection of people – whether at big events, train stations, or airports – as well as their rescue, for instance in natural disasters, epidemics, attacks, or similar. Second: The protection of critical infrastructure. This includes airports, train stations, waterways, and bridges as well as energy and water supply and communications. Third: The protection against crime and terrorism. For instance, how can we deal with the fact that more and more people on the streets carry knives and even use them in trivial disputes? There are about a dozen knife attacks per day in Berlin alone! Radar offers a number of ways to increase civil security for all three of these pillars and Fraunhofer FHR's Business Unit Security is a competent point of contact.

In a disaster, it is often difficult or even impossible for the emergency forces to quickly get a precise picture of the situation. For instance, in the event of a fire it is extremely dangerous to enter a burning building to search for people. Drones combined with radar technology can help. Drones can fly into smoke-filled buildings and locate signs of life or animals using integrated radar sensors. At the same time, radar sensors can ensure that the drones navigate safely through buildings without hitting any obstacles. This way, rescue missions would be significantly faster, more efficient, and safer. Radar sensors can also provide valuable services when searching for buried people by locating signs of life underneath the debris. In a next step, it would be conceivable to let drones work autonomously – this would provide further relief for human rescue workers. The Business Unit Security is already conducting research on this type of radar technology in a variety of directions. Cognitive radar goes even further, with the radar system independently setting the optimal parameters, fine-tuned to the current situation.

Civil security also includes discovering the smallest of cracks in power plant cooling towers, tunnel systems, bridges, or similar infrastructure. Drones and robots can take on these sometimes dangerous but also time-consuming tasks. There are two starting points for radar technology here: On the one hand, it can prevent collisions via sense and avoid. When the radar sensor detects a wall or another obstacle, the data can be sent to the drone's or the robot's control system to ensure that it avoids the obstacle. The Business Unit Security has already successfully completed the first tests. On the other hand, radar sensors offer advantages for the analysis of infrastructures – for example, they are capable of providing images exact to the millimeter and detecting cracks and damages even in dark, smoke-filled, or inaccessible environments.

Radar systems are also very useful for the third pillar, protection against crime. For example, they make it possible for security forces to detect whether people are carrying knives or other dangerous items underneath their clothing without the need for contact.

Monitoring the surroundings on the ground and in the air 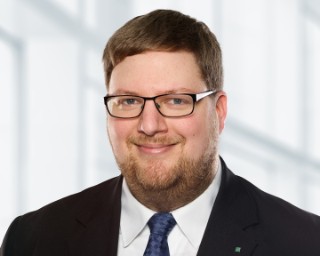