Wind energy is an important pillar of the energy transition. However, affected residents tend to reject it, in particular because of the bothersome red warning lights that flash at night. The passive radar system PARASOL for the needs-based nighttime identification, accredited by German Air Traffic Control, can provide an environmentally friendly and cost-conscious remedy.

Obstructions to aviation such as wind turbines higher than 100 meters have to be specifically marked at night with flashing red lights. In most cases, this is only necessary in less than 1 - 2 percent of the time, i.e. only when an aircraft is actually approaching the wind farm. Other systems available in the market detect these aircraft using active radars. Since these systems replace the visible radiation of the lights with the invisible radiation of the active radars, residents still reject them just like the lights. This has led to the fact that the currently offered active systems are not selling as desired. The passive radar system PARASOL, which was developed in collaboration with the wind farm operator Dirkshof in Reußenköge and with the support of the German Federal Ministry for the Environment, Nature Conservation, and Nuclear Safety (BMU), is a better solution without additional emissions.

The PARASOL system – where PARASOL is the German acronym for passive radar-based control of object identification for aviation – uses existing radio and TV signals to detect approaching aircraft without any additional electromagnetic emissions. Therefore, no expensive frequency assignments and site certifications according to § 4 of the German order on the means of providing proof in regard to limiting exposure to electromagnetic fields (BEMFV) are required. The used DVB-T, DVB-T2, and DAB+ networks are already widely available. The result was a warning system that is especially environmentally friendly and cost-conscious, while also – and most notably – promoting acceptance among the population.

Fraunhofer FHR has years of experience in the area of passive radar, in particular in the use of modern digital radio networks. By selecting reliable system components and stable as well as real-time algorithms, it was possible to perfect this work, which had begun as a feasibility study, and make it market-ready. This finally culminated in the accreditation of the system by German Air Traffic Control (DFS) in May 2018. Since then, the first installation is doing its job in the Reußenköge wind farm, and many others will follow.

At the wind farm Reußenköge, the DVB-T2 stations Flensburg und Kiel can be received primarily. The PARASOL sensors capture the signals of these TV stations as well as their echoes from aircraft. In the process, the echo signals have a time delay due to the detour of the signal, as well as a Doppler shift due to the movement of the aircraft. After reconstructing the emitted signal, it is correlated with the echoes received. Based on this, the parameters detour and Doppler shift are measured. The precise three-dimensional locating of an aircraft would require the reception at a sensor with an antenna that allows for direction determination. Instead, an arrangement with three sensors was chosen to allow for the use of a simple hardware setup that does not require maintenance or extensive calibration. Each sensor consists of a simple receiving antenna, a receiving unit as well as a standard computer. The sensors communicate with each other via a network at the wind farm and determine the position of any aircraft using an ellipsoid intersection method.

Two of these sensor triples were installed at the Reußenköge wind farm to cover the entire wind farm with a size of about 120 square kilometers. One sensor reaches an individual range of up to 15 km for aircraft with a radar backscattering cross-section of 1 square meter (microlite). A particular challenge here was the development of reliable methods that provide for the detection of these small targets in the surroundings of the rotating wind turbines.

For the targeted planning of PARASOL installations, a software was developed that allows for the determination of preferred sites for the setup of passive radar sensors. The easy installation of the sensors makes it possible to choose the sites freely, independent of existing wind turbines or buildings. However, the sensors can also use existing infrastructures to be integrated into existing environments.

Further Use of PARASOL

PARASOL ensures a reliable operation as a detector for smaller aircraft in areas surrounding wind turbines. That is why its use for the detection of drones in the field of property protection will be examined at Fraunhofer FHR in the future. There is potential here for the use of light, mobile sensors with a more advanced deployment software to set up a surveillance system with a short start-up time. 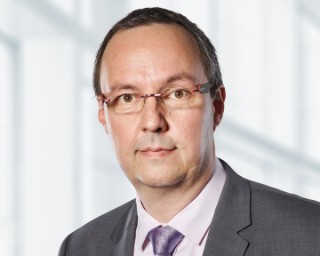