By opening up higher frequency ranges, imaging radar systems can be miniaturized and built in a cost-efficient manner. The cooperative operation of several of these systems in a network leads to improved reconnaissance capabilities, reduced vulnerability, and additional applications.

In the last decades, we have seen the development of imaging radar sensors capable of generating high-resolution images of a scene, based on the synthetic aperture radar (SAR) principle. Depending on the application, these radar sensors are either airborne or space-based and operate with wavelengths in the range of a few centimeters, for example with 3 cm in the X-band. These types of sensors tend to be highly complex, high-power, and high-volume. Therefore, operating them requires the use of a larger carrier. Thanks to the development of the newest components, SAR systems can now be set up for higher frequencies as well. And limiting oneself to the basic capabilities makes it possible to create cost-efficient mini sensors, allowing for the operation of sensors in the W-band working in the wavelength of around 3.2 mm on standard drones, for example.

Since the setup and operation of a conventional system involves significant expense, such a system is usually run purely monostatically on a stand-alone basis. In contrast, the cost-efficient combination of a W-band sensor and a standard drone provides for the possibility of improving performance by using several of these types of subsystems. This leads to a variety of advantages:
1. The cooperative operation of different subsystems allows for bi and multistatic images providing a gain on information as different aspects of the imaged scene are revealed.
2. The inherent distribution of the overall capability among multiple drones improves the robustness and reduces the vulnerability.
3. It offers easy scalability, where the number of sensors and drones used, for example, the enlightened surface, the frequency of observations or the diversity of the directions of observation can be adapted to specific needs. Thus, the coherent radar network can be used for a wide range of different reconnaissance tasks.

An essential aspect of the hardware development for a multi-coherent radar network carried on drones is the synchronization of the transmission systems in the millimeter wave range. To keep the entire system as small and light as possible, a frequency range of approximately 94 GHz is chosen. For energy efficiency purposes, a frequency modulated signal form is chosen. Both are necessary secondary conditions for drone operation. In the process, the low wavelength creates special challenges for the techniques as different offset radar sensors have to be synchronized in a phase-locked manner so that the processing ensures the high-resolution SAR operation.

To avoid high scanning rates of the IF, a number of different synchronization processes must already be performed at the hardware level in real time. This ensures that both the direct signal received by the secondary receiver as well as the indirect signal reflected by the measured object fall into the IF range to be sampled there. The synchronization has to be wireless, but also phase-stable in the millimeter range. This requires the development of new techniques.

Backprojection in the time domain presents itself to reconstruct the image when there are different flight constellations. Due to the use of drones as a sensor carrier in conjunction with lightweight and cost-effective position and attitude determination systems, unknown radar signal propagation times remain and are compensated for by the use of appropriate autofocusing techniques. In addition, there is also an unknown propagation time error in the direct signal, which serves as the basis for the synchronization on the hardware level. This error has to be determined and corrected as an additional parameter within the scope of the auto-focusing process. 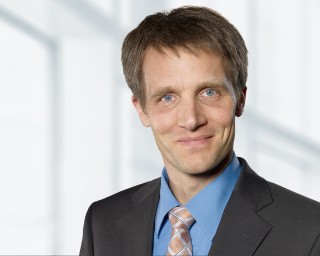