To obtain an image of a terrain from an aircraft with the highest possible resolution, it is best to fly over this terrain in circles. Accordingly, Fraunhofer FHR has developed a circular SAR: It operates at 94 gigahertz, achieving a very high resolution. In addition, it is capable of providing 3D images and even capturing the shape of moving objects, even when using single-channel radar.

We know it from driving: When we drive past an object, we only get a relatively fleeting glimpse of it. But if we drive around the object in circles, we have the time to get a look at it from all sides. The same applies to radar imaging. With Synthetic Aperture Radar, SAR in short, you usually fly across an object in a straight line – since this allows for easy imaging – recording the radar data in the process. In contrast, with circular SAR, the aircraft takes a circular path over the area to be observed. While this makes the signal processing more challenging, a specific terrain can be illuminated for a long period of time – and, as usual for radar, even in darkness and through cloud covers.

This longer data collection has a significant effect on the image resolution: While the lateral resolution is physically limited with the linear SAR due to the antenna aperture, mostly being in the range of a few centimeters, the resolution for the circular SAR can theoretically be increased up to a wavelength range of three millimeters. The reason for this: When flying over an area on a linear path, target objects are only seen from a small angle range – the number of viewing angles is naturally limited and the data can be collected across a shorter angle range. Objects concealed by trees or buildings might only be barely recognizable or not at all. But by circling around the target area, the object can be seen from all sides and the signals from different angles can be effectively combined with each other. In addition to the high resolution, this also allows for the generation of a three-dimensional image with a single-channel system. Such a single-channel measurement is especially useful when the flood of data is to be kept low and the measurement is to be made as simple as possible. After all, using two channels for a measurement creates twice the data, with the corresponding extra signal processing load.

The frequency of Fraunhofer FHR's circular SAR is 94 gigahertz – a unique feature since other circular SAR systems operate at significantly lower frequencies. The advantage of the high frequency: The wavelength of the signals is smaller, shorter illumination times can be chosen and higher resolutions are possible. The resolution achieved in practice is currently around two centimeters. Another distinctive feature of Fraunhofer FHR's circular SAR: Regardless of how the aircraft is moving, the radar systems keep targeting the same spot on the ground. This is made possible by a gimbal – a structure on which the system is suspended and which helps to stabilize the generated image. The gimbal's software was modified accordingly; instead of only compensating movements, the gimbal now focuses on fixed GPS coordinates.

But these are not the only special features: The circular SAR is not only capable of imaging static objects, but – for the first time ever – moving targets as well. This has been shown in a series of tests in which a roundabout was imaged using circular SAR. Using single-channel, linear SAR, cars passing through the roundabout would be blurred; it would not be possible to determine their shape. A sharp image of the shape of moving objects could only be achieved if all three of the objects' speed components were known – which is usually not the case. With the circular SAR, this is different. Here, the objects' moving shadows are discernible, as well as their concrete shapes. Trucks, compact cars, and people can be clearly distinguished by this means.

The single-channel measurement can even provide height information, since different focus levels can be set: For instance, focusing on the street level will allow manhole covers, cars, etc. to be recognized. Focusing on the rooftop level, on the other hand, will blur the street, while the roofs will be depicted clearly.
A prototype of the circular SAR system has already been produced. The following steps will now aim to also create a two-channel circular SAR system. Interferometric measurements will then also become possible – to analyze how the signals of the two channels affect each other. These data can then be used to directly determine the height of the objects. 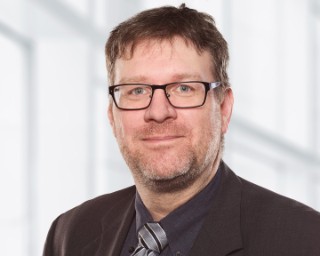